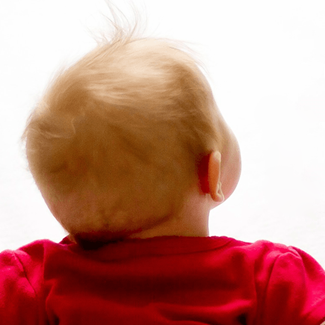 I have never tracked milestones. I am not a very traditional mother in any sense. In fact I just a hot mess most of the time. I am a tryer though. I try really hard.

So things that bother other mums don’t really bother me. I haven’t really had the time to bother about milestones much on account of trying to keep Kennedys tiny tush out of hospital and her nose from having permanent slugs.  [Slugs = green snot that resemble worms EEEWW]

Ever since Kennedy came home there has hardly been a week when she wasn’t ill. So I didn’t really have the time to keep track of milestones. The first 6 months suffering from some sort of whiplash. I had NO idea how hard motherhood would be.

It’s a good thing really I paid no attention to these milestones because I have a slight [read: extreme] tendency to obsess. Also most of my friends children’s are teenagers so I don’t really have other babies to match up her milestones with. Kennedy was also prem-baby and we were expecting some slight developmental delays.

The only milestone I was looking out for was walking and talking. Let’s face it those are the only ones that really matter. I have never seen anyone crawling to work. So walking is kind of a biggie.

When she started day care two months back it suddenly felt like every baby is ready to run a marathon by six months. My baby was pushing 13 months and has been standing for months and walking along the furniture but no sign of unaided walking.

I became hyper sensitive to any signs of appeared developmental delays. She stood up two weeks ago unaided and has been doing so every few days but still no sign of walking.

So I relented and looked up the baby Here’s What Your Child Should Be Mastering Now” lists which only served to heighten my angst. I read Every. Single. One.

Common sense tells me that if Kennedy is not on the early side of mastering one or two skills then it’s just not a train smash. However, my brain is saying “WHY CAN’T SHE STACK BLOCKS YET?”

Walking suddenly become a huge trigger. My husband appears to be oblivious, he clearly doesn’t have the worrier gene. Thank God.

Then, there are videos with freakishly super babies that were giving me nightmares. Babies that are draw circles and dress themselves? Are we sure those aren’t just 34-year-old little people?

I recall one night after someone commented that her baby just took her first steps and said baby was a mere 7 months old and I took to the lists again. I became supremely concerned by the fact my wasn’t using a spoon properly.

The solution was simple: I’d never really tried to teach her any skills. As soon as I put a spoon and bowl in front of her, she started eating – or launching pumpkin towards her face…but she got the gist of it. She also knows what a cellphone and a brush was for.

Yet she still couldn’t recite Pi to the 14th decimal place.

For the most part, sensible adults say the same thing: She will get there in her own time.

Still, she was not walking and it stood as a huge red flag. So I took her to the doctor just to make sure I am doing my due diligence.

At her check-up the doctors asked the obligatory developmental questions: Does she look towards you when you call her name? Does she grab things with her fingers or hands? This appointment also required a follow up shot of tequila for me. All I could think about were the times she didn’t do these things and internalized a tiny freak out.

Well yesterday she just got up and walked. She took 5 steps all at once and I was too shocked to even grab my camera.

My heart swelled as if it was trying to escape and I laughed and I cried. I can’t remember a time I was happier.

I text my friend and she called me and said now the trouble starts and we laughed about the downsides to your baby marvelously gaining a new skill.

Here is some milestones that you won’t see mothers posting about on social media.

Made you giggle? Share it, everyone needs a good laugh + I will take it as a standing ovation.